Is a leader born or made? It’s an oft-debated topic that produces many a strong opinion. Regardless of your stance, science has proven that there are behaviors you can adopt that either attract people to you or repel them.

There’s a saying that people don’t leave companies, they leave management. If that’s the case, retaining good employees and building an engaged, loyal workforce comes down to successful leadership.

Various skillsets and character traits are mentioned when describing great leadership. But what science says separates a person who merely ‘leads’ or is ‘in charge’ from an admired and respected leader that others loyally follow comes down to a very distinct quality:

The ability to not only understand human behavior but artfully navigate the intricate complexities of those behaviors and influence them in a positive way.

Let’s take a look at a few science-backed methods that can help you become a highly regarded leader:

OK, put another way, intentional questions solve problems while surface-level questions leave gaps in understanding and stifle progress. For example, a surface-level interview question would be, ‘what did you do in your previous job?’ This is virtually meaningless, especially if you’ve already vetted the person for their general ability.

An intentional question such as, ‘how would/have you handled (insert problem or circumstance here) in the past?’, would give a deeper understanding of the interviewee’s experience and problem-solving adeptness.

Leaders who avoid trivial communications in favor of progressive dialogue are masters at asking intentional questions. That is questions, that when answered, reveal greater opportunity or potential in a situation or individual.

If you were to think of what a leader looks like, what would you envision? In a study about leadership, 67% of respondents described their vision of a leader as someone more fit and stoic as opposed to out of shape and jovial.

While there isn’t a definitive aesthetic that makes a leader, body language plays a strong role in how others view you.

Do you listen attentively? Do you convey confidence with your posture? Is your handshake firm, your voice steady, your movements still and fluid versus fidgety and spastic. These physical cues convey authority and grit which are hallmarks of leaders that others tend to follow.

Use physical body language to convey authority and grit.

3. Harness the Power of Emotion

In his book, Talk Like Ted, Carmine Gallo shares that great presentations are comprised of three key elements: Ethos (characteristics or principles), logos (logic or facts), and pathos (emotional connection).

So, what does this mean?

Great leaders are able to connect with others on an emotional level. They don’t persuade by solely using facts and figures, incessant charm, or high moral character. These are helpful additions, for sure; but the clincher is the ability to draw others in and make them feel.

Great leaders inspire, incite, and motivate by tapping into the fact that most people react first with emotions and then attempt to justify their actions (or feelings) with logic.

A behavioral phenomenon called the Focusing Effect is a cognitive bias where people who are making a decision tend to place a greater focus on the first piece of information they receive.

For example, let’s say you’re in a meeting and a decision needs to be made about an organizational policy or marketing campaign. The person who speaks first generally sets the tone and may influence the decisions of others.

Great leaders know this. Therefore, they tend to speak last so as not to sway their team. In addition, they gather input in ways that safeguard against ideas being dismissed, influenced, or ignored by others (e.g. have each person send in their thoughts separately before the meeting then discuss).

Respected leaders know how to increase individual performance. While a lot of companies use money and vapid perks as incentives, dynamic leaders reap the benefits of another common behavioral trait called the Pygmalion or Rosenthal Effect.

This is a phenomenon where our expectations or beliefs about a person’s abilities influence our actions towards them. In turn, this impacts what the person believes about themselves or what they perceive our beliefs are of them. They then perform according to those perceived beliefs.

Here is an example that makes this concept less head-spinningly convoluted:

In 1964, Harvard professor and psychologist Robert Rosenthal conducted an experiment with elementary school students and teachers.

Rosenthal then studied the students over the next two years and found those students who had been singled out actually increased in IQ. They also found the teachers had treated those students differently – more specific feedback, more approval, more touch, and positive facial expressions like smiling at them more than others. All because they expected more from the students based on their beliefs of the students’ intellect.

Likewise, exceptional leaders harness their biases and have the ability to dramatically increase performance by acting and responding in ways that show they not only expect but also believe an individual is capable of achieving more.

Popular tabloids will often publish sections about celebrities being ‘just like the rest of us’. This humanization or “similarity attraction” theory suggests that the celebrity becomes more likable if they’re seen doing everyday things normal people do.

Similarly, respected leaders can often exist in a bubble of superiority. While it’s not mandatory to be well-liked in order to be respected, it goes a long way in uniting people and unifying teams.

Many people who lead strive to be superhuman. However, a well-regarded leader understands their strengths and weaknesses, admits mistakes and shares what they learned from them, understands the feelings of others even if they’re different than their own, and shows respect and humility.

Leadership isn’t about being in charge or being the most important person in the organization. It’s about empowering others to achieve greatness and unifying disparate personalities, opinions, and desires in order to achieve a shared goal or greater good.

It’s possible to improve your leadership skills. If you’re ready to lead with confidence, build trust, increase your team’s performance, and gain their loyalty and respect, join our free Whyzze Business Community, request an invite to our Whyzzdom Membership Experience, or schedule a Whyzze Leadership Workshop. 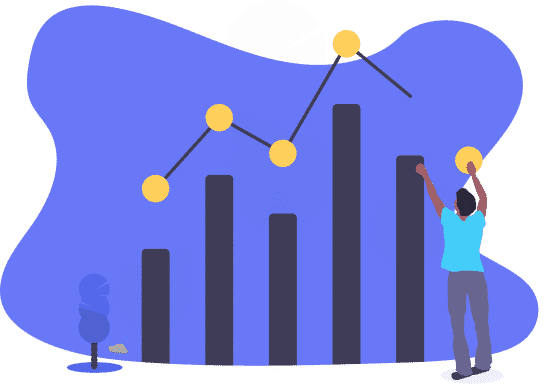